I wanted to start a general discussion with the community to discuss DeFi coverage.

I made an interesting discovery when I spoke with some fellow Badgers about whether or not they are insuring or covering their deposits with either COVER Protocol or NXM. The responses I’m getting show a different opinion on the value of coverage than what I expected. These discussions I’ve had pre-COVER exploit, though the exploit does make the case for the value of insurance in this space even if the exploit hurt an insurance/coverage provider.

To me, it’s not about whether or not I believe Badger will be secure through the end of the coverage period. It’s about risk aversion, the real purpose of insurance. Not just COVER mining and another way to earn more rewards. I also believe, in the near future, protocols will not be reimbursing members for losses and insurance will be the only way to seek relief. I see it as an existential necessity for developers in this space to continue being innovative without the burden of managing the risk of investors in their protocols.

I just want to learn more about the community’s participation in insurance and motivations so as to better determine ways to protect our members. To be very clear, I see DeFi coverage as essential to the continued growth and development of the DeFi space if used correctly. I also am not fond of the ‘it won’t happen to us’ argument. I think it’s a discussion we should have now to continue protecting our product and maintaining growth.

Open to thoughts! I am not familiar with how NXM works, but consider the poll options to essentially mirror how COVER works. I’ll update poll if I’m way off.

How Do You Use DeFi Coverage?

Edit: Updated poll. Multiple choices confusing to interpret, and want to shift the discussion a bit. If you use multiple coverages, pick your favorite. Please consider current behavior and attitudes only.

My problem is that all coverage is dollar based, and we’re staking bitcoin here.

I started with some cover claim, but before long my bitcoin price had gone up and it wasn’t enough. I was playing around with the protocol so minted some claim/noclaim as well and then sold my claim.

Assuming badger doesn’t get hacked before February, I’ll get a decent APY on my dollars, but it will be less than the appreciation in bitcoin, so i’d have been better off just staying in bitcoin.

This is a logical point.

Here’s something I’ve been thinking about: rather than covering a whole protocol, why not cover a specific smart contract? If recovery methods use snapshot addresses, such as what COVER is doing now regarding their exploit, couldn’t you theoretically have a smart contract with periodically diverted percentage of APY to cover insurance for depositors, with the snapshot prehack used to recover up to that point?

This would also offer the benefit of reimbursement in the corresponding currency as this is what would have been generated by the smart contract and diverted for the insurance premium. If you had two smart contracts side by side, one insured/covered at 100% APY vs one non-covered at 500% APY, you give your depositors control of their risk profile. By offering the choice, development is also putting that responsibility clearly in the hands of users which has other benefits IMO.

Another question I have here, since Badger came out offering COVER Protocol insurance and now has NXM as a backup, would you (anyone can answer) feel Badger owed you a reimbursement if you did not choose to insure your deposits and an exploit occurred?

Are some users really using multiple options, or is my poll being trolled? lol

I mean cover was really expensive, maybe people started there and then bought some NXM later as bitcoin prices went up and their coverage wasn’t enough.

In the near future you can buy insurance NXM from Armorfi

Yeah, I’ve found NXM to be best for me. But I’ve also been working on ways to create a version of insurance in the form of a basketed treasury.

I like this idea, but it also means more diverted revenue to cover the entire protocol. If there’s a way to do it cost-effectively, great. But I’m imagining to do so in a meaningful way may mean a ton of diverted expenses. Would be interested to hear more about it!

If we individually covered smart contracts, say we had an insured version of the wBTC/ETH Sushi LP and a non-insured version at a higher APY, we put the choice on investors if they want to risk it all for a higher yield.

Since some users will choose insurance and some won’t, it lessens the treasury burden and puts the responsibility on the user.

Used cover, exited at an overall loss after their hack. Yolo.
Badger rewards should be repurposed off these.

i use the claim/no claim that were minted from my ydai deposit to lp both of the $badger claim/no claim balancer pools. seems like many haven’t realized that it makes a lot more sense to use a stable interest bearing asset to insure their collateral locked into other protocols. with $nxm, in the same hack scenario that happened to $cover everyone would be rekt

I’m not familiar with how NXM works, but have heard it relies on the NXM token. Hence, if there were a hack, the token would likely drop in value. Is that the argument you’re making?

with cover, you procure insurance by basically staking your ydai. then you have the option to place a bet on whether or not the protocol you are seeking insurance for will have a claim or not by selling those tokens for up-front yield. you can stake the claim/no claim tokens in the lp pool to earn rewards or hold them.

with nexus, things are relatively similar except you start by purchasing $nxm.

This does make sense. Prehack, COVER Protocol was more attractive to me than NXM.

That being said, I still think an auto-covered/insured vault would be an interesting experiment with one of these protocols and would avoid the same issue, while making coverage easier to enroll in.

The one drawback would be timing, but this could be explained to users. I’d imagine the insurance premium would pay out periodically from the contract, meaning depending on your position and timing before a theoretical hack, you would get less or more coverage for the incident. Regardless, better than having ZERO coverage.

They are both interesting and optional for any users that want to partake.

I did the cover one because the badger yield was attractive, not because I cared for the attractive. Seems like @ygclyde was doing the same thing.

I don’t think Badger rewards ought to be given to these protocols. They will continue to exist without badger rewards if people want to insure themselves.

Not sure if week 5 emissions are up, but my vote would be for none to cover or nxm

you know nexus was hacked too right? @DeFiFry

off-topic…(if COVER does recover) since DIGG is/will be under the BADGER protocol, can I b safe to assume that it will receive coverge the same as the BADGER token through COVER or its new iteration? thanks …viva el tejon 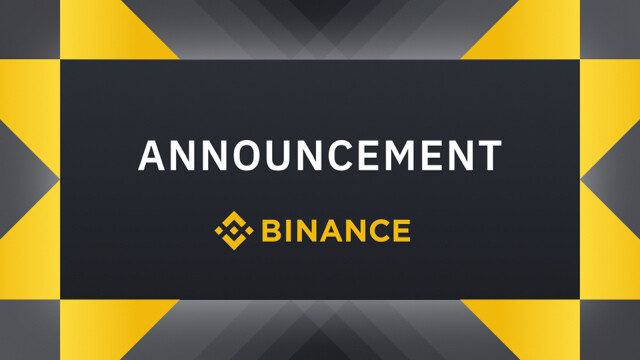 Ya I did the same. Didn’t pick a side, just did both. But after the cover hack, I left because was worried they wouldn’t be able to pay out the amount in 2 months. And that meant leaving at a loss.

If you leave now, you’ll be at a loss. You need to ride it out until Feb 28 to get your full amount back.