Just a thought… But it would be fun to give a small incentive to those who take part in voting.

It could be a small amount (and I mean small, 1 Badger or so) each New Years day.

It would help make sure we get as many people voting on snapshot as possible. We have 3000 or so addresses and only 200 or so vote.

Clearly this isnt a BIP (yet), I wanted to hear some discussion before it got written up.

Wow you beat me to this. I came to post what I just saw with Balancer. I posted it in #governance on Discord.

I support something similar happening with Badger.

I love this idea. This will provide a boost those that are active but don’t have a lot of Badger.

1 badger each New Year’s Day ? In fact is a small amount !

I dont understand why sometimes we have only 1 voting on forum, but then some of them are also in snapshot (3 BIPs). I dont participate much writing in here but i do try to read most of the proposal and comments, maybe i participate more at Discord. I try to read and vote in every proposal but on the snapsnots i only voted on 1 because i think in the other ones i already voted in the forum, so i didnt bother voting on snapshot.
With the delay of digg i think its not only the lack of participation in voting, but on Discord i feel theres less participation too, so i guess more movement will come naturally (to Discord, to the forum, for voting…) when we see the new releases.

I would agree… But if implemented, maybe there should be a third button option of “not sure”, just so people are not encouraged to vote on things they are not certain about just to gain badger

So we discuss on discord and the forum before moving to a more formal snapshot vote. Voting on the forum influenced what the final vote was about.

What im saying i dont understand why sometimes we vote some BIPs at snapshot and sometimes dont, whats the point then if we have voted maybe 1/4 or 1/3 of all BIPs on snapshot. Emission has never been voted on Snapshot, so why participate on there if its only sometimes, and those who gets into snapshot you already know the result bc you voted on the forum.
I think doing an aidrop will be only for voting once and then leave, wont be serious voting, probably wont even read the proposals they are voting, with more app releases more people will get into the project and also with voting!

Some points to consider surrounding the GovFactor:

The end result could be a lot of non-engaged voting, coming from LPs who don’t hold meaningful amounts of BAL (even if being large LPs) and who don’t really care about Balancer governance, putting little to no effort in the decision process behind their votes.

This is true and we might end up with people casting votes solely to earn rewards but having no idea what they are actually voting for. I still think it’s a net positive. Greater voter turnout is typically a good thing. It will drive more people to the forum and snapshot, and if half of them just vote for the sake of voting, and the other half actually puts in some thought and consideration, that’s a win.

I think the reward should be rather small.

Here’s the Balancer forum discussion on the matter: 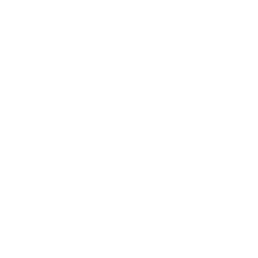 Authors: @0xLucas @Coopahtroopa @James @Callum Summary Introduce GovFactor, an on-chain voting incentive for Balancer Liquidity Providers. Background 🔥_ 🔥 (FireEyesDAO) has been actively working with the Balancer team over the past few months in an...

Should Badger implement a govFactor to incentive voting?

If govFactor implemented, what weighting?

It’s like the equivalent of the “I voted” sticker. Doesn’t cost much but it is an incentive to vote, and it does work.

The weighting was closer. Should we proceed to a BIP or is more discussion on the matter warranted?

Need to highlight this on the discord to get more voters.

A BIP asking whether to incentivise voting isn’t getting enough people voting… ironic.

Badger Improvement Proposal A BIP is a proposal to signal or effect change to BadgerDAO’s governance or products. The objective for a BIP is to engage the community so that we can come together on a decision regarding a specific topic and put it into action. It must be a complete proposal that is clear, concise, and unambiguous. Below, we’ve outlined the initial framework for governance. This will be a living document/framework as we continue to expand and adapt as necessary. Table of Contents …

One of the things Maker added was forum badges that showed others various Maker wallet participation. They have an app that allows you to sign a transaction proving you own the keys (no the keys are not required - just a valid signature proving the forum username owns the wallet) that then scans on-chain transactions to determine earned badges.

I like this idea. Other option is instead of giving Badgers, votes could collect points to some special edition of NFT’s. It is important to involve more people who own Bagrer tokens.

That’s a great point. NFTs would be a great way.

Also, you may have heard @Spadaboom talk about “levels” within the protocol. This could be an example of it. Ie to reach level 3 you must have voted on 10 snapshots. Level 3 gives x benefit etc.