Vest all DIGG rewards for n months with possibility of dai/week/month-ly withdrawal. All rewards can be automatically staked into BADGER/DIGG pools to compound user reward yield. Depending on the withdrawal period, gas for auto-staking/compounding the regards could be subsidized by the DAO.

We must learn from other successful protocols like Synthetix, Compound, Akropolis, & co. At Akropolis, we failed to introduce rewards vesting in the beginning, a complete oversight caused by the desire to get the most out of DeFi summer and potentiate user acquisition. The result was massively increased volatility as the opportunity cost was much too high, and the collapse of ADEL’s price—the rewards were high enough to justify the supremely high gas prices at the time (400 Gwei). Vesting would have remedied that, if not fully, at least in part, and significantly so.

DIGG is an algorithmic coin pegged to BTC so it is slightly different as the value accrual mechanisms differ, but the increased volatility that will certainly ensue will still exponentially accelerate wealth transfer from smart money to dumb money. Most struggle to understand rebasing coins and so our target groups can be segmented into two: the first one doesn’t understand algorithmic coins well enough, and will immediately sell due to fear, lack of understanding, and a scarcity of time to study in order to remedy this; the second one knows how rebasing works, but is aware that most don’t, so they sell because they know the other group will, with the promise of buying back later at a lower price, adding to the centralization of the project.

Having learned from the aforementioned protocols, to dampen sell side pressure and volatility, one must introduce vesting. To align incentives, I propose the addition of vesting to the emissions of the DIGG token. Moving forward, I believe a vesting schedule for soon to be distributed DIGG will be the correct manner in which to keep incentives aligned as our TVL grows larger and new users are onboarded.

When it comes to algorithmic stable coins, you want to start in the middle of the sine wave, not the beginning. Read this thread on DSD. 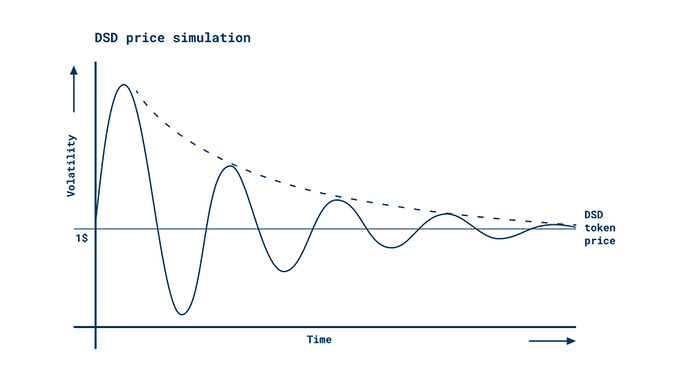 Earned Rewards mean Total DIGG an address has is entitled to.
This parameter indicates how much an address has supported Badger by using Sett products.

Vesting period is the period in which rewards will be locked. The DAO should decide on the adequate vesting period. I suggest between 3, and 6 months.

Withdrawal represents the frequency in which a user can claim or auto-stake their rewards. The DAO should decide if this should be daily, weekly, or even monthly.

Vote on proposal for distribution mechanics above

Please update your BIP to reflect the template of prior BIPs and also how it’s outlined here: About the BIP | Badger Improvement Proposals category

You will also need to fix your poll

Oops! Everything has been fixed.

I am against this for now. The proposal doesn’t really give a good ‘why’ and I’m honestly more concerned with the drop in price in badger than I am with digg, since it is supposed to be pegged to btc price.

good point, i’m not concerned about a drop in $digg as much as a drop in $badger either but i could be misunderstanding the mechanics

I’m not sure that vesting Digg is required. Having a vesting situation set up for Badger prior to it launching might have been ok though.

Your examples are for governance tokens, which Digg is not.

it should be a 3r option for voting and in this case a “neutral” button will be ok, cuz not every body knows all about this crypto world and in my case here, I even couldn’t understand half of this, so Can I vote? my vote will be counted , it is really important that everybody vote??? I don’t think so , its a shame

I edited the OP to reflect this, and dispel the notion that this is only useful for governance tokens. It was there, but apparently not clear enough.

Edit: do consider reading this thread (do scroll down for the sinusoid that describes why volatility is bad) https://twitter.com/jp_koning/status/1342826994258620418 and learning about algorithmic stable coins. You are not taming the asset they are pegged to, rather, you are bringing the stable to peg. Volatility is not good. The goal of my proposal is to start in the middle of the sine wave, not the beginning of it.

My opinion is accelerating a rebasing coin to which we see market cap expansion requires liquidity. Launching with an airdrop being the only flow of supply along with liquidity mining would make it very difficult to drive liquidity if these were vested.

I would prefer launching and then introducing vesting programs once the asset was liquid and went through a few expansion and retraction cycles.

I kind of think the geysers to reward staking are a better approach than vesting. We’re already holding a vast majority of DIGG to be emitted over time, so that is a form of vesting.

If we want to make people stick around more, we should think about increasing the multiplers on the Geysers. Maybe have them go up to 9x or something. We should also make the additional APY gained from sticking around more clear in the UI.

We have a solution for encouraging hodling, let’s talk about how to use that.

I have been thinking a lot about your proposal and at this moment I voted against. I see your points and you make a good case, however:

$DIGG is a rebasing asset - not a stable asset. Rebasing introduces volatility, not stability, at least in the short term (longer term this might be different). I do think that liquidity is very important in rebasing assets and I don’t think that vesting can help in any way to reduce the short term volatility. On the contrary it might introduce distortions in the longer timeframe.

You mentioned that people do not really understand yet rebasing assets - and I agree, but vesting wouldn’t help with that. We need to educate.

I am really interested to see how $DIGG works once it is launched and how the market reacts. For me all rebasing coins are monetary experiments that if successful, have enormous potential.

I think it is key for success that it gets widely adopted and used by the crypto community but also used by $BADGER (create more products and use cases around $DIGG) and other DeFi projects as well (think $DIGG as collateral, for example). Hence liquidity is important.

I object to your point of view, I think DIGG is an algorithmic stablecoin

I vote against considering everyone’s input.

The LM contract could provide liquidity in the form of DIGG/BTC (any BTC wrapper) and gradually unlock the rewards to users to eliminate the untold amounts of volatility. Furthermore, this applies strictly to BADGER LM/staking rewards.

As for the people informing me that this is an algorithmic stable coin–I am aware. I am aware that rebasing assets are volatile, but the objective is to reach stability. I don’t get what’s so hard to understand about this, everything you have said has already been addressed in the OP. I should also remind you that the massive initial volatility will claim many victims, many of which will never come back.

If there is a way to auto-stake the vested DIGG into the DIGG/WBTC pool so users get rewards, and DIGG liquidity increases, I think this could be potentially explored.

eg. user has earned 4 DIGG in the airdrop
1 DIGG is immediately claimable
1.5 DIGG and 1.5 BTC added to the pool, vested over a period

I should also remind you that the massive initial volatility will claim many victims, many of which will never come back.

This is an important point to note.
There should be a brief and concise explanation upon claiming DIGG.

multiplier as a form of vesting is nice

i think it’s also important to note that rebase doesn’t mean the price changes, it means the supply increases or decreases. this incentivizes market participants to behave accordingly but doesn’t mean that they will

Totally agree with what you say.