Proposed by: @Akan and @WasabiBoatResearch

TLDR: Many users are frustrated by DIGG’s negative rebases and they have not helped DIGG achieve peg. Turning off negative rebases would require minimal development work so is worth trying as an experiment.

DIGG is an audacious and experimental product tackling one of the hardest problems in DeFi: how an uncollateralized asset can achieve stability against a price target (hereafter “peg”).

While its ancestor AMPL targets a fixed price level, DIGG’s job is even harder because it seeks to track the price of BTC, a highly volatile asset.

Given the difficulty of the problem, rapid experimentation and iteration is needed to ensure that DIGG can grow and find a niche within DeFi.

In the 10 months since DIGG’s launch, it has spent most of its life under peg, leading the Badger and DIGG communities to explore the next step in its development.

Several ambitious plans are under discussion in the DIGG and Badger communities that would change the mechanism of DIGG. Most of these, however, require extensive dev work which would entail Badger diverting time and resources from other projects.

This DIP proposes one item of “low hanging fruit” that would:

The combination of these two qualities makes turning off negative rebasing an ideal candidate for testing the next iteration of DIGG.

Every day at 4pm EST DIGG expands supply if DIGG trades at >105% of peg and contracts if it is <95%. Full description of the mechanism here.

This process is controlled by an off-chain bot. Changing a few lines of this code would eliminate the negative rebase while keeping the positive rebase intact. We hypothesize that this change would alter the mechanism of DIGG in the following ways:

If Below Peg: Removing negative rebases would ease the pain of users seeing their balance contract even more, which leads to a negative feedback loop. The mechanism for pushing DIGG to return to peg would be the same: the anticipation of positive supply expansion with DIGG above peg.

If Above Peg: Users (or potentially the stability vault strategy) would harvest BTC by selling DIGG for WBTC, pushing the price back down towards peg. This would counteract the expansionary pressure caused by buyers seeking to benefit from further positive rebases.

Looks like a worthwhile experiment to free people from negative rebase anxiety. Elastic tokens have this tendency (unlike the original Ampleforth intention) to be very bipolar in trader sentiment.

The further away from peg, the greater the pressure towards up/downside.

I’m for it. We cam always turn it back on. Digg is an experiment, let’s experiment.

Had there been a poll, that would have been my immediate vote. I realize I will be in the minority here, but I believe this proposal aims to strip away DIGG’s core functionality as a reaction to an experiment that didn’t “only go up”. I contend, and always have (even in negative spirals) that DIGG was functioning and working exactly as intended. First, we set the initial supply far too high! I believe the first 3-4 months to be a “market discovery” phase and yes, it’s been extremely volatile mostly in the negative direction. Second, there wasn’t any immediate demand for the token itself. We have an education and marketing task on our hands if we truly want to drive more uses and demand for this token! And third, we have not pushed the token into any other platforms to take advantage of the potential hedge DIGG creates against merely holding a collateralized BTC asset on Ethereum. Where can we lend DIGG? Where can we leverage DIGG? Where can we find additional bebefit to DIGG outside the LP with WBTC?

As much as it has been difficult to bleed through the negative rebasing (and yes, I’m a significant DIGG holder), I will continue to argue that DIGG can and will continue to function as intended with the full rebasing mechanisms in place. By removing the negative rebases, we are also removing a major component that creates buying pressure to raise the price again. How would DIGG be any different from every other inflationary asset that just “prints” more when needed? Many ideas have been thrown around but they remain only that: ideas. We should absolutely NOT turn off the negative rebasing until at least 1, but ideally more, mechanism to drive buying pressure back into the token are available. Enabling the stability vault as a Sett where users can deposit their LP there to engage a different strategy than the basic hold in the LP Sett. Build an elastic vault (or glob onto another project about to release one for AMPL) that can allow people to be incentivized differently based on something other than positive rebases. Continue a KPI options mining program but rather than straight value, offer the options as puts with set strike pricing and establish a “floor” for the rewards. Other platforms have recently introduced this as ways to avoid too much selling off the reward itself. Hop onto the olympus pro train and allow buying into bonds to prop up the DIGG/WBTC position. Again, these are just SOME ideas and by no means exhaustive. All of these require potential dev work and definitely require attention and fuel to make this DIGG fire lit.

I want to see DIGG succeed long term. A non-custodial non-collateralized BTC on DeFi can be a great thing and we need to do what we can to help it find it’s place. I do not believe turning off negative rebase is a successful step in the right direction and believe it will be the end of the grand DIGG experiment.

Lastly, I know this will fall primarily on deaf ears, but I really encourage everyone to read the AMPL documentation. This is what DIGG was forked and born from and they have far superior documentation even diving more into the economic theory around the protocol and why AMPL is a game changer. Targeting a stable asset (the 2019 CPI US Dollar) is a very different beast than targeting the volatile BTC price, but many of the same concepts can apply. I’ll leave this link here and implore you all to do some homework and read up! 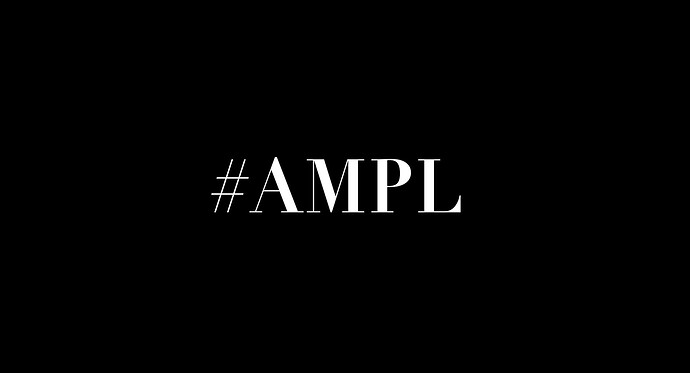 Ampleforth is an adaptive money built on sound economics.

Under the “Learn” Tab, there are plenty of pages. Read them from top to bottom. How it works, the Technology, the Economics, the Whitepaper, additional Papers/Research, and if you’re really looking for a deep dive, the Redbook is very informative.

Thanks for our detailed answer @omnifarius
While your view certainly has merits, I find it borderline insulting to implore we didn’t do “our homework” as a community.

We know how elastic tokens work (I for example, have been an early investor of AMPL) and are aware of it’s benefits and shortfalls. One could actually argue AMPL hasn’t achieved the market penetration it was set out to achieve, due to the latter.

Also, we’ve already created an ad-hoc scrum team to discuss many ideas you’ve lined out in your post. For example, I’m in contact with an AMPL related team, which could enable borrowing/lending WBTC for DIGG. But the time horizon for this is months, not weeks.

Which leads to the crux of the matter. We could certainly do a lot more with DIGG, but resources are low. To achieve any of this, we’d need at last 1-2 dedicated developers, which we simply don’t have at the moment.

Also, it’s not about us Badgers - but we need a noob friendly way to increase broader interest. The “ape-factor” if you will. Turning off negative rebase temporarily could just achieve that.

DIGG is an experiment. Let’s just treat it as such.

As an addendum - and to alleviate some of @omnifarius concerns - I propose a further condition (half-serious):

“Negative rebasing will be turned off until original market cap achieved”

Hi @Mash ,
I personally think what you are describing is an interesting concept.

My understanding is that this would require changes to the actual rebase contract itself as the supply adjustment formula is part of it.

Reason folks are interested in experimenting with pausing the negative rebases to see how market and users respond is because the rebase contract doesn’t need to be touched.

I personally voted no along the same reasoning as @omnifarius. I think digg has worked as intended, and the price of the token has tracked the price of BTC to a degree. I worry that removing the negative rebase could result in DIGG’s price nowhere near BTC. IMO DIGG’s biggest issue is it has no narrative and no use cases and therefore no demand. This doesn’t change that. I don’t see how removing the negative rebase gives any more incentive to buy DIGG when it’s trading below the price of bitcoin. It removes the “punishment” of a negative rebase, sure, but it also removes the price adjustment that occurs during a negative rebase to bring DIGG closer to peg when there’s little to no volume trading on it because there’s no demand.

All that said, I understand the intention of this is to experiment with a low hanging fruit change and if it is to be conducted I’d like some more details around the experiment. If this is to pass I would like to know 1) how long is this experiment being conducted for and 2) what’s being measured to determine how successful the experiment was? In my opinion there should be an end date to the experiment, some analysis performed and discussed, and another decision to continue as is, revert to old system, or tweak again.

Voted no as this breaks the rebase mechanic and seems arbitrary without actually stimulating demand/utility. What are the implications of another large sell without buy pressure? Will DIGG be relabeled as “pegged at 0.7BTC” if it stays at that level for weeks/months? This can induce the same type of anxiety as negative rebases and may also trigger loss of confidence if we flip back and forth between pausing/unpausing rebases.

Pure AMPL is not a good model. AMPL has been on downward trend for over 6 months.

There is some urgency now around this given the lack of further emissions to the pools.

This is just a first step to raise some awareness and get some momentum.

These next ideas around OHM like mechanism are even more exciting.

Very excited for DIGG again and look forward to this first step.

So I am interested. How would you suggest dealing lack of treasury digg to continue DROPTS or any emissions next year? Mint more DIGG? Do nothing? Do you think DIGG can stand alone without emissions?

I do agree with @cookies that an experiment should be time bound and have some KPI’s and targets for them.

Next step is applying ohminomics in some way. December is the deadline.

Looks good to me.